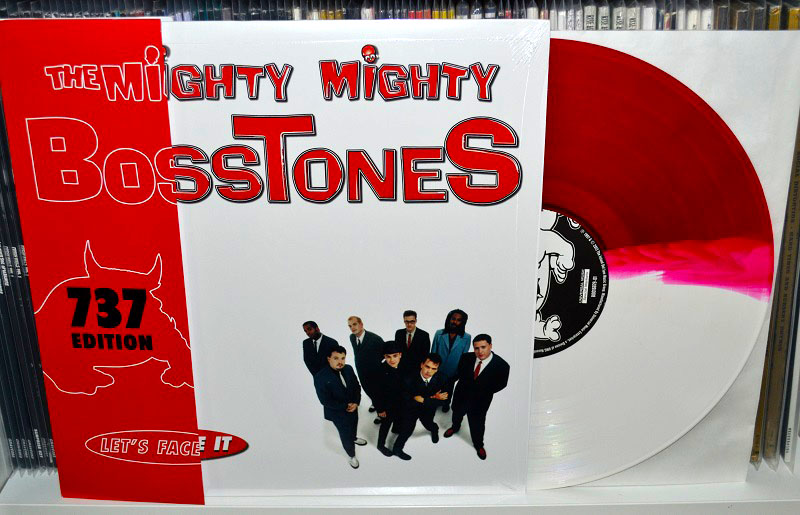 There’s not much to say about Let’s Face It, the hit album of the god-fathers of Ska-Core, The Mighty Mighty Bosstones originally released by Big Rig in 1997. Songs like The Impression That I Get or Rascal King are well-known all over the globe.

This is the 2013 re-issue of that classic album by Asbestos Records on translucent red/opaque white split vinyl with a hand-numbered obi-strip, limited to 100 pieces, also known as the “737 edition”. Surprisingly, the re-issue has one track less than the original album. The original vinyl only bonus track Wrong Thing, Right Then has been left off of this pressing. Still, it’s an incredibly good album that gets you in the right mood if you feel like partying or simply dancing your ass off. It’s a must-have for any ska-fan.