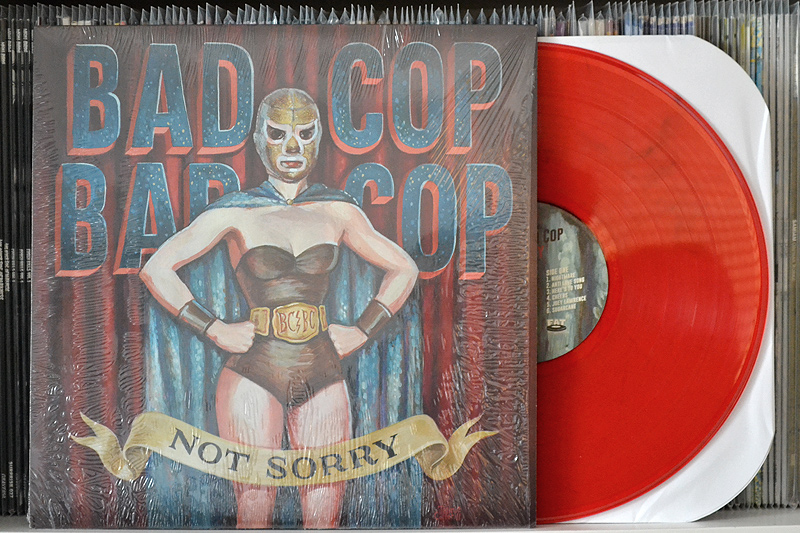 After the release of their debut 7’’ on Fat Wreck Chords, Bad Cop/Bad Cop’s first full length ‘Not Sorry‘ was one of the most anticipated releases this year. The reactions to BC/BC’s first album were ambivalent. While some were quite disappointed, others thought it’s a good effort. With their self-released debut 7’’ in 2013, they set the bar quite high that even the follow up single couldn’t reach. Personally, I like the record a lot. Especially side A has some great tunes and in its entirety it has become a real grower.

Fat Wreck Chords pressed it on opaque pink vinyl with slight white marbling. There are some copies that ended up being translucent red as there hadn’t been any white pellets mixed in the pucks. Those red and pink variants altogether are limited to 305 pieces and were available through the Fat Wreck Chords mailorder. A download card is only included in the black version. For the colored copy Fat sent an email with a download link (as usual for colored Fat Wreck vinyl).

You can check out two of the songs to form your own opinion: