Boysetsfire: Did You Forget? – Black vinyl 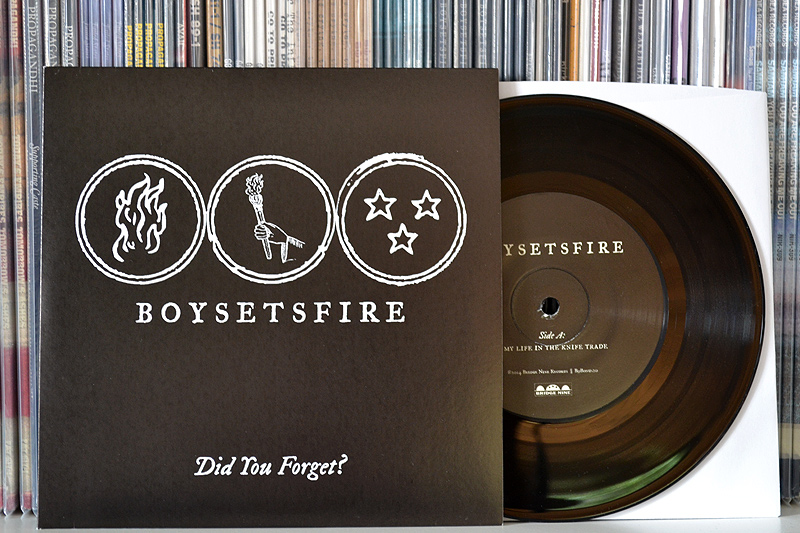 Sometimes really nice things happen. Just as today. I received a package I wasn’t expecting at all. It was a surprise package by a friendly record collector. The only thing we have in common is that we’re both collecting Boysetsfire. In the package there was a BSF 7’’, I hadn’t even heard of before. It was part of Bridge 9’s Mystery Bundle. He had two copies and gave one of them to me.

The 7’’ is compiled of three acoustic tracks from the While A Nation Sleeps sessions. I somehow feel that acoustic tracks have always fitted Nathan’s voice quite well. Those three songs are really great examples for that statement.