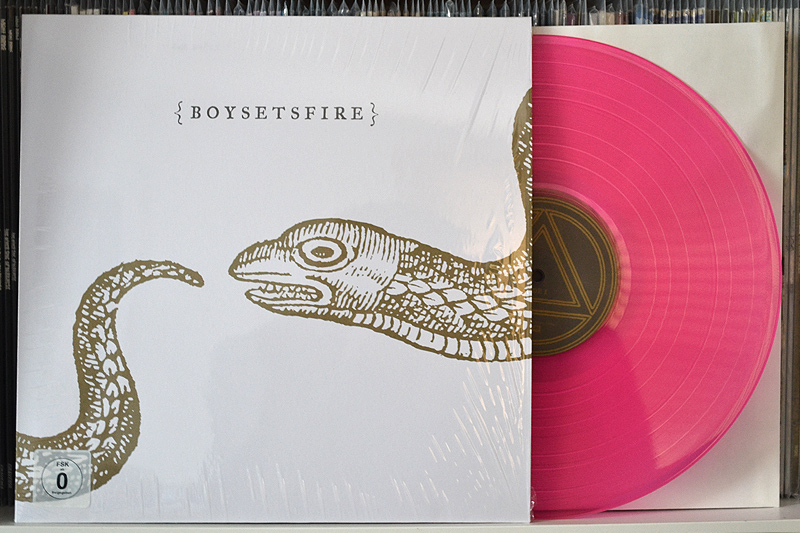 Boysetsfire’s new album is called ‘Boysetsfire‘. That might not appear very creative, but this simple title says it all. The album wants to portray the band’s repertoire and history. For me, it’s a great mixture of songs Boysetsfire have always been playing – hardcore/scream songs like ‘Dig Your Grave‘ or ‘Bled Dry‘ as well as kind of melodic and punky songs as ‘Heaven Knows‘ and ‘One Match‘ and some slower ones like ‘Torches In Paradise‘ or ‘Ordinary Lives‘. Lyrically, the self-titled album also reflects what Boysetsfire have always been singing about. After the gigantic comeback album ‘While A Nation Sleeps …‘ my hopes were quite low that they could deliver such an awesome album again. But what really happened was not at all forseeable. They even topped their last release with this one.

The Berlin-based DIY record label End Hits Records, run by legendary mastermind and all-out Svengali Oise Ronsberger, also tour manager and bass player for some of the finest bands in punk history like Red Tape Parade, Static 84, La Par Force or Anonymer Widerstand to name just a few, has teamed up with US label juggernauts Bridge 9 to release not just this pink version with a not pink bonus DVD but a cornucopia of breathtaking colors such as the darkest black, virgin white or even shiny gold. The pink version, which is limited to 300 copies, is exclusively available in a bundle with a fan scarf (right, a scarf!) at Finest Vinyl. So now you have oodles of colors across two continents with forced bundles of scarf goodness thrown in for good measure. And if you’re lucky, and I mean REALLY lucky, you can still pick up a colored copy of this epic record. And a scarf.

Check out the teaser video for the song ‘One Match‘ as well as End Hits’ web site to see which other fantastic bands they have on their roster. Oh yeah, have I mentioned yet that I hate fan scarves and forced bundles? But I do love me some new Boysetsfire. Enjoy!