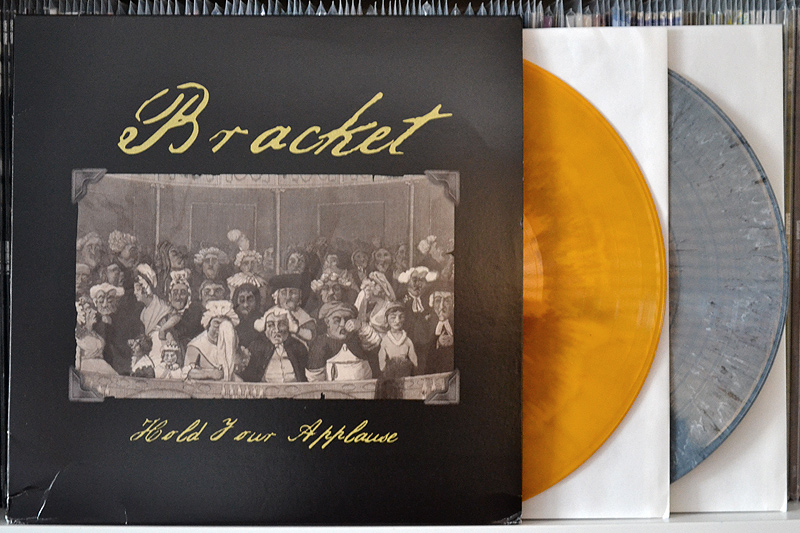 ‘Hold Your Applause’ is Bracket’s first release in 9 years. Musically, it’s not a big surprise and exactly what you expect when you buy a Bracket album – melodic pop punk with great vocal harmonies.
Bracket digitally released their ‘lost’ third album ‘Like You Know’ as well as a collection of B-Sides, compilation tracks and demo recordings called ‘Rare Cuts’ (in three installments) via their Bandcamp site to help fund this record. It was released early this year on double vinyl by Head 2 Wall Records. There are two versions of the record, a red + blue combo that is limited to 100 and sold out in the pre-order, and a really beautiful yellow + grey version that is limited to 200 copies and still available. There is a download card included in both versions. If you want to pick up a copy of Bracket’s latest effort and at the same time support an awesome label, then pick up a copy here.
If you’re not fully convinced yet, check out the hilarious and at the same time sad video to the song ‘Fairweathered Friend’.