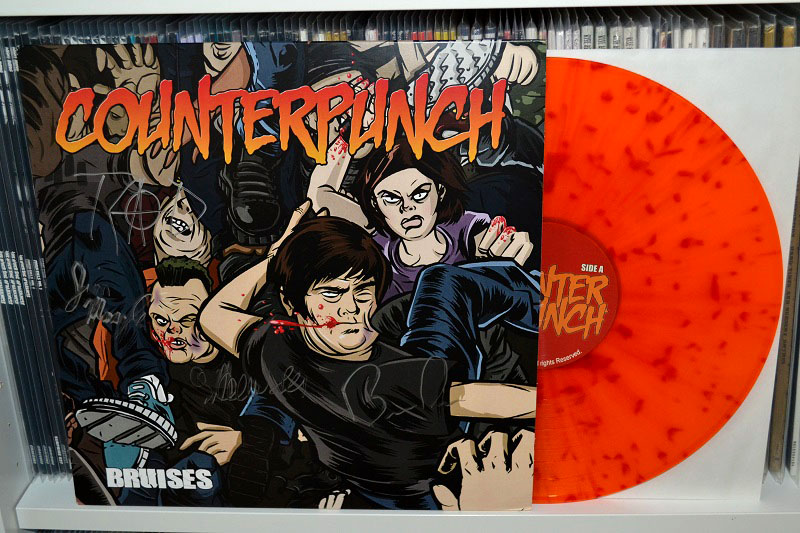 After last year’s fine vinyl release of the first Implants album called From Chaos To Order, El Hefe’s up and coming label Cyber Tracks killed it again this year with their second vinyl release. This time it’s the album Bruises of Chicago based band Counterpunch.

Just moments into the first chords of the opening track Guardrails, you are instantly reminded of  typical 90’s skate punk at its best, just fresher. I found myself singing along immediately.

It is pressed on translucent orange vinyl with red splatter. This release is limited to 200 copies and was sold exclusively through Interpunk. It comes with a download card and a sleeve signed by all band members. And considering that I never heard of that band before, it has to be one of the best records ever that I bought totally blind. I’m definitely going to purchase the next Cyber Tracks release, no matter what.