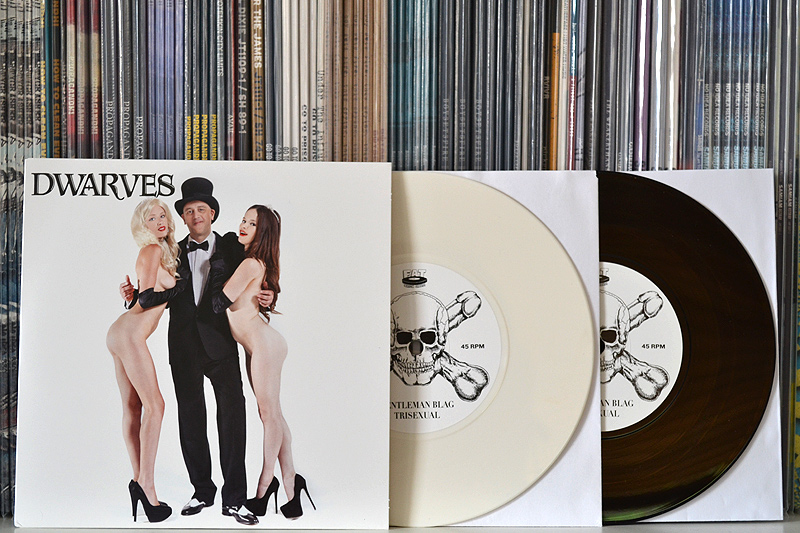 This is the second 7’’ release from the latest Dwarves album Invented Rock And Roll on Recess Records. There are two tracks on the 7” that have already been released as well as two tracks that didn’t make the cut on the album.

Musically, it’s what you expect from the Dwarves. They deliver, nothing more nothing less. The highlight of the 7’’ is the song Kings Of The World, which is also among the hits on the full length. The colored vinyl comes in a simple white (which I always like a lot) and is limited to 473 copies. As the artwork is mostly in black and white, the two vinyl colors fit the art concept very well.

And as usual, expect some nudity on the front as well as on the back cover. 😀

Here’s a track that is exclusive to this 7’’: