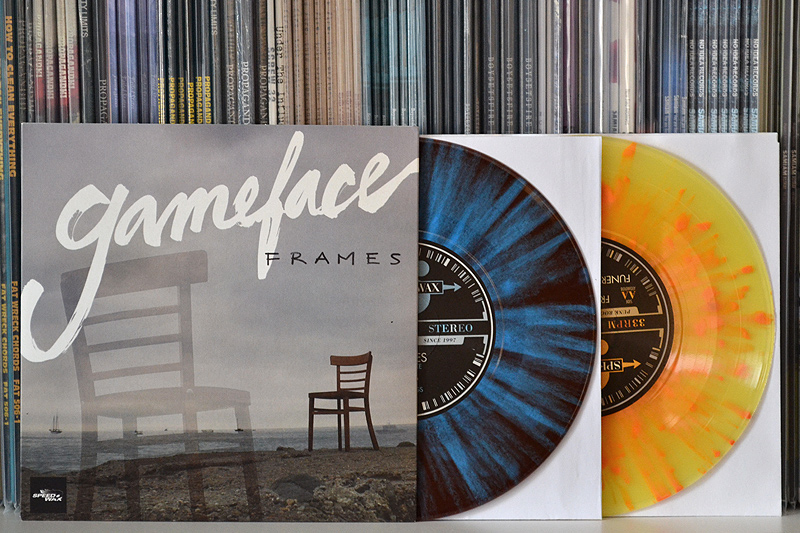 This is the third 7’’ for Gameface following their latest album ‘Now Is What Matters Now‘. This split 7’’ with Old Flings from North Carolina (USA) contains two tracks of each band. While Old Flings contributed two acoustic versions of already released songs (one in 2013 and the other from their first full-length), Gameface chose the album version of ‘Frames‘ as well as an acoustic version of the same.

This is an UK-exclusive release via Speedowax Records (known for its legendary releases like that Gameface split 7’’ with a piece of jigsaw included) and comes in two amazing color combos available directly from the label. Aside from clear yellow w/ orange splatter limited to 158 and opaque brown w/ cyan splatter limited to 170, there is another third color, a pinkish red from Unless You Try Records, which also released Gameface and Jeff Caudill music in the past.