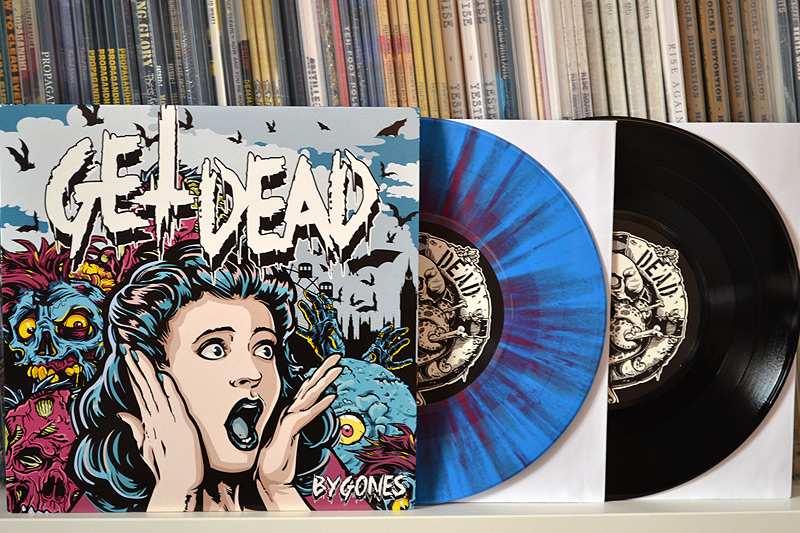 I received another nice package from Fat Wreck Chords today. Firstly, there’s “Bygones” the highly anticipated follow-up EP to Get Dead’s debut full-length “Bad News”. Whilst Bygones may not surprise anybody, yet again Get Dead have managed to come up with great songs in their very own style.

Their cover version of NUFAN’s “Premedicated Murder”, previously released on the Tony Sly comp and the classic Get Dead track “Cousin Marvin”, are two killer tracks that stand out.

The music comes pressed on a nice cyan colored 7’’ record with hot pink splatter, which compliments the cover artwork quite well. It is limited to 409 copies. Hopefully these guys will get into the studio sooner rather than later to record their next full-length.