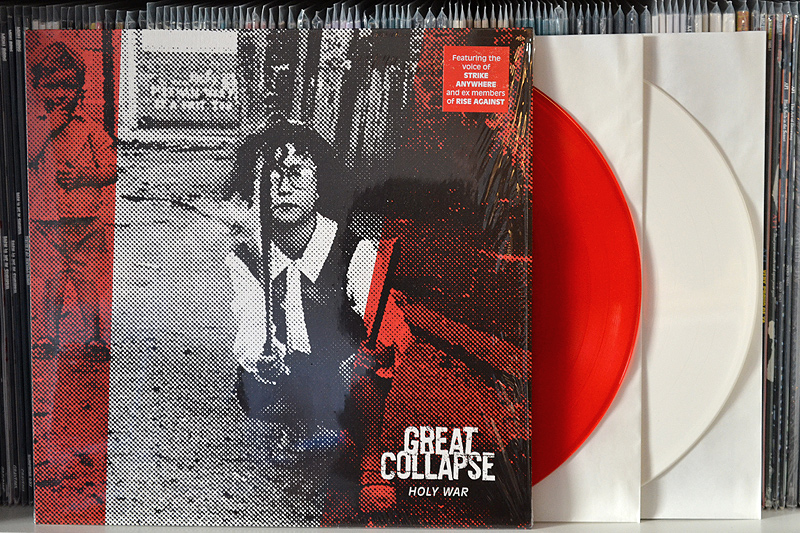 Great Collapse is a punk band with vocals by Thomas Barnett from Strike Anywhere, backed by the likes of guitarist Chris Chasse (Rise Against), Joe Saucedo (Set Your Goals) on bass and drummer Kyle Profeta (Comeback Kid). Another “supergroup”? No, not again! Too many so called bands have shot up like mushrooms recently, just to live out each member’s personal imagination of music, only to leave the fans with a mediocre album. But Great Collapse is different. Very different. While listening to ‘Holy War‘, you never get the feeling that this is a release to cash in. The music is honest and the lyrics are political and serious. I really like what I hear and a few songs remind me of Good Riddance, both lyrically and musically. Although the album has its lows, it’s still a brilliant debut album that leaves you wanting more.

All in all another fine release of End Hits Records. So far, there isn’t a US vinyl version, the US CD is self-released, just like their debut EP ‘Elemental‘ (that’s gotten a vinyl treatment recently). It’s pressed on white or translucent red vinyl. Both colors compliment the artwork perfectly.

Here’s my favorite song from the album caled ‘Break In Case Of Emergency‘. Check it out: