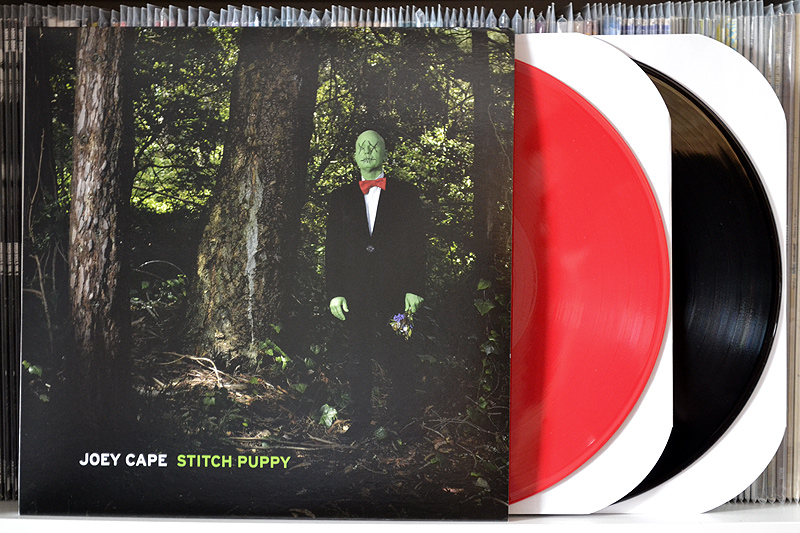 Lagwagon‘s ‘Hang‘ is barely a year old and here is already new music from the crooner himself, Joey Cape. His new solo album is titled ‘Stitch Puppy‘, named after a toy doll his daughter gave to him. It comes on standard black or opaque red vinyl.

Although Lagwagon is my favorite band and I’m a fan of all of Joey’s full band projects (Bad Astronaut, Bad Loud, …), I’ve always had difficulties getting into his stripped-down acoustic works. I can’t say there is anything particularly wrong with ‘Stitch Puppy‘, it just feels that equally not everything is right. Joey is undoubtedly a very gifted songwriter and lyricist, but the combination of melancholy music and the dark, mostly personal lyrics on ‘Stitch Puppy‘ is too depressing for me. I wouldn’t go as far as calling it a bad album though. You can find some awesome tunes like ‘Moral Compass‘, ‘This Life Is Strange‘ or ‘Tracks‘ on this album and the flow of the songs is quite good too. Joey is aided by great guest vocalists like Chris Cresswell and various instruments like piano or cello, which keeps the whole album interesting. Still, and I guess it’s just me, it’s difficult for me to listen to this album in one go. On the plus side, this might be the perfect soundtrack for a cold and foggy autumn day.

Check out the song that is available for streaming: