Me First And The Gimme Gimmes: Stevie 7” – Watermelon vinyl 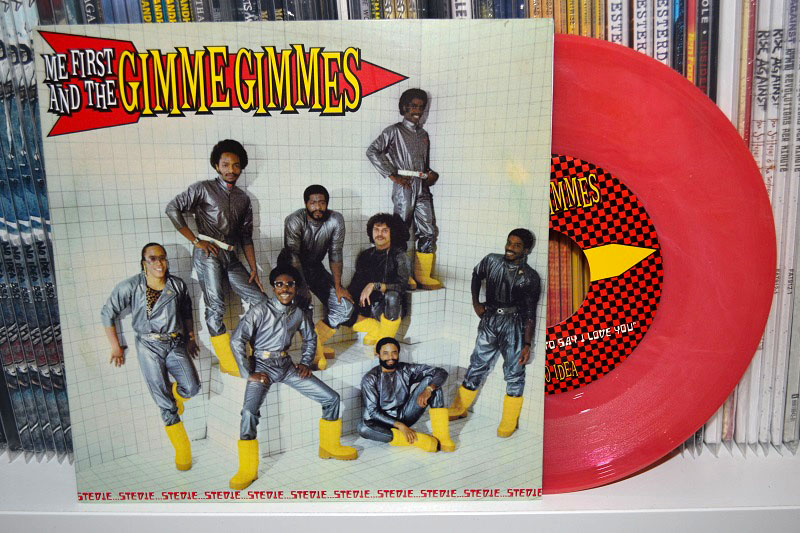 What could be better than starting off the New Arrivals section with a real gem? This arrived today from my mate captain. It’s the watermelon version of Me First And The Gimme Gimmes’ 7” Stevie released in 2003 by No Idea Records and limited to only 50 copies. This is the rarest official variant of that record. It came with a No Idea advert just like all the other versions too, all on differently colored paper though. This was the last official color to complete my Stevie 7” set.

Me First And The Gimme Gimmes covered two songs written and originally performed by Stevie Wonder. I’ve always enjoyed the A-side I Just Called To Say I Love You more than the B-side Isn’t She Lovely and wished it would have made it on the full-length Take A Break instead the of B-side track. It’s more straight forward. In addition I like the original version of I Just Called To Say I Love You a lot as it reminds me a lot of happy childhood days.

2 comments on “Me First And The Gimme Gimmes: Stevie 7” – Watermelon vinyl”