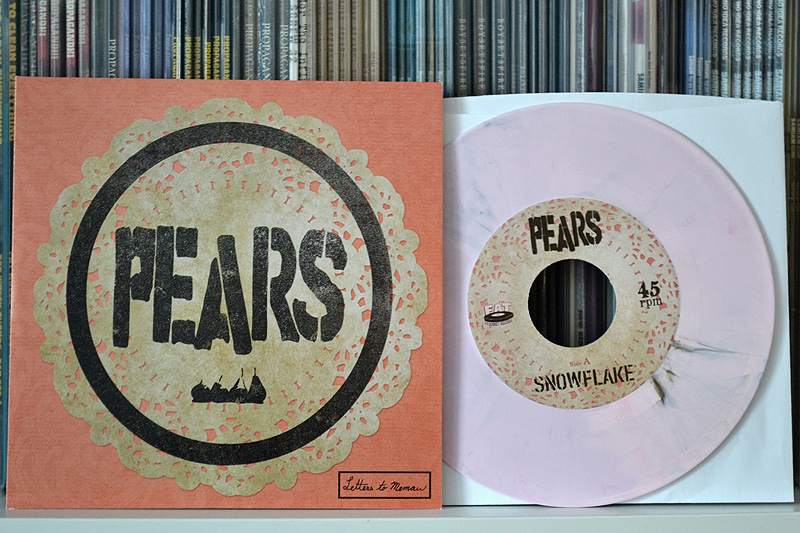 The PEARS seem to be the band on the winning streak at the moment. After Fat Wreck Chords had signed the band, the label did not only re-release the debut album worldwide, but it also released a new 7’’ with a follow-up album early next year.

The 7’’ is on pink vinyl with black streaks. There are some lighter and some darker shades of pink out there. The color is nothing special, but it fits the artwork quite well.

Musically, the PEARS haven’t changed a lot. The songs sound as if they could have also been on ‘Go To Prison‘. The production is by far better though, which takes away a bit of its roughness and grittiness. I love it, but you’ve got to decide for yourself if that’s a good or a bad thing. The song ‘Snowflake‘ is available for streaming: