Samiam: You Are Freaking Me Out – clear green vinyl 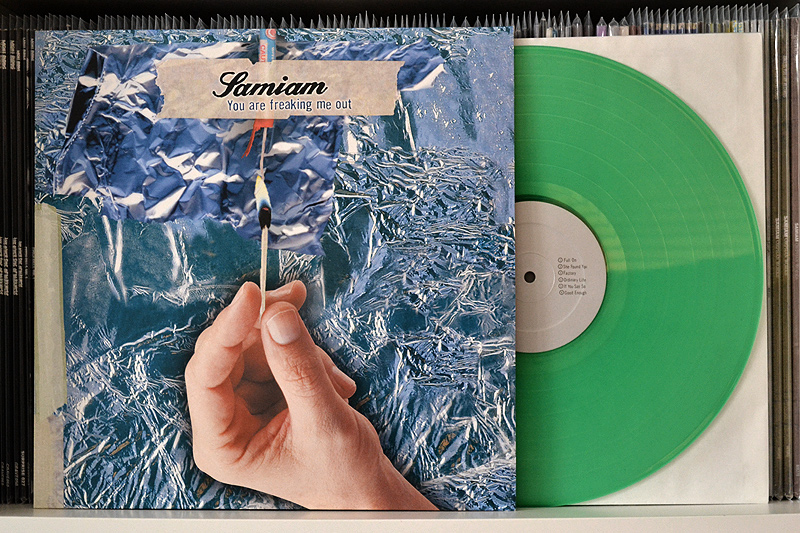 Today I got a record that I had always meant to pick up, but I never had the chance to do so. It’s Samiam’s masterpiece You Are Freaking Me Out.

This version is on green vinyl, was released in 2000 by Bitzcore, a German record label, and is the first pressing on 12’’ vinyl. Originally it was a CD only release from the Swedish label Burning Heart Records. Then it got it’s first vinyl treatment as a 4×7’’ box set from Beri Beri Records, another German label. In 2013 No Idea Records reissued the album and pressed it on vinyl for the first time in the US.

This pressing on green vinyl has been one of my white whales. It’s not an expensive record (truth is I got it very cheap), but it hardly shows up. I’m really glad to finally have it now.