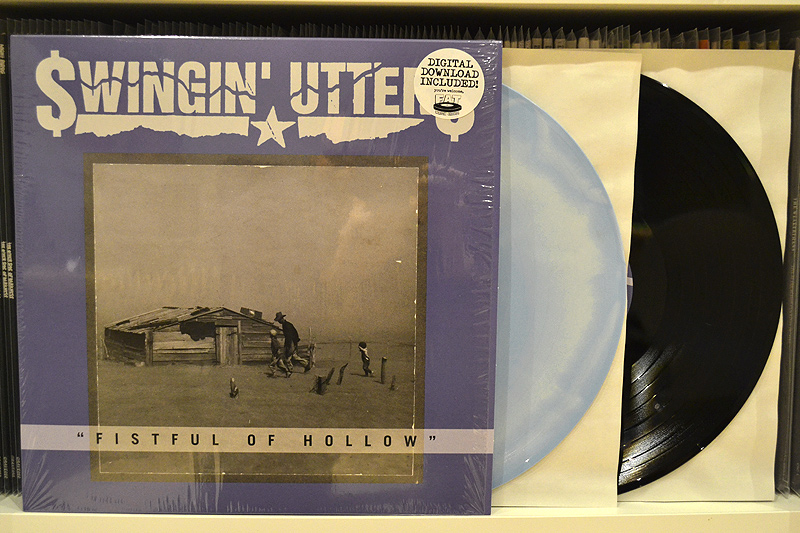 To be honest, the speed at which the Utters release new material is breath-taking. I often wonder how they manage to put out decent albums with so little time in between as yet gain, Fistful Of Hollow is a solid album. Maybe not the best they have ever released, but solid. There are even some songs on it that belong to the best the Swingin’ Utters have ever released like ‘From The Tower To The Tenement’.

On the other hand you could be forgiven to get the impression that FAT ran out of ideas for doing colored vinyl. The same color combination (white w/ baby blue swirl) was used this year for the deluxe edition of the Scorpios record. Generally, I think that FAT could do a whole lot better on some vinyl colors. In this case I would have wished for a darker blue and cream instead of white. The effects you can use are limited anyway, so why not try to play the colors more? I hope that there will be a Fat store exclusive version for this release with a color that leaves me speechless.

But like I said, musically it’s top notch, and here are two examples that are worth being checked out: