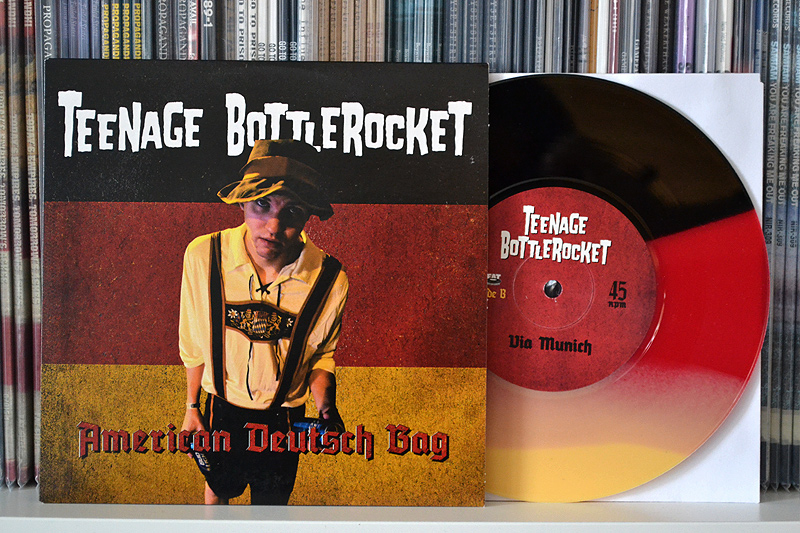 Groezrock 2015 was good to me even if I hadn’t been there in person. The tri-colored tour version of Teenage Bottlerocket’s 7’’ American Deutsch Bag was surprisingly available at the Fat Wreck Chords merch booth. Captain didn’t hesitate a second and got a copy for me as he knew I had been looking for one since the day it was released.

To be honest, I don’t like the music on this 7’’ much (except the cover version of Tony Sly’s Via Munich, which has already been released), but I totally dig the color. As a German record collector it’s somehow a must-have item. I’m glad I could cross this one of my want list. There are too many records on it anyways.