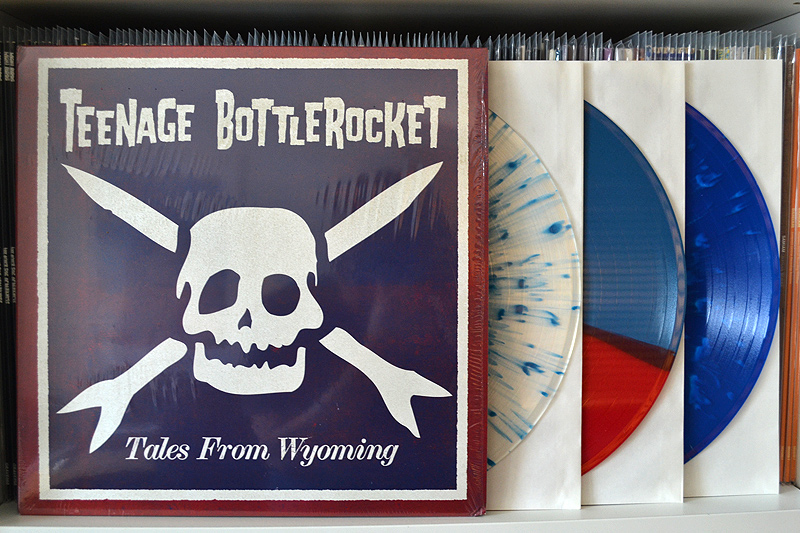 So, here it is, the latest release of Teenage Bottlerocket. What you will hear, won’t surprise you at all. Tales From Wyoming is the kind of music TBR have always played – fast and mid-tempo pop punk songs. The album begins with four really strong songs with the band at their best, but it gets weaker and more boring with each new song. Maybe a different tracklist would have helped to make the album more interesting and diversified.

That might not have happened if Teenage Bottlerocket hadn’t left Fat Wreck Chords to join Rise Records. But that’s quite hypothetical. What would definitely have been different, is the annoying kind of ordering through Rise Records, or respectively MerchNow. The clear w/ blue splatter vinyl, limited to 300 copies, was only available in a large bundle consisting of a poster, a T-shirt, stickers, a tape (!) and a bonus flexi 7’’. The tri-colored copy, limited to 700 units, was also only available through MerchNow (fortunately unbundled!) while the clear blue w/ white splatter version is the retail version.

Honestly, I’ve expected more from that album, but a die-hard TBR fan might be totally happy with it. But check it out for yourself: