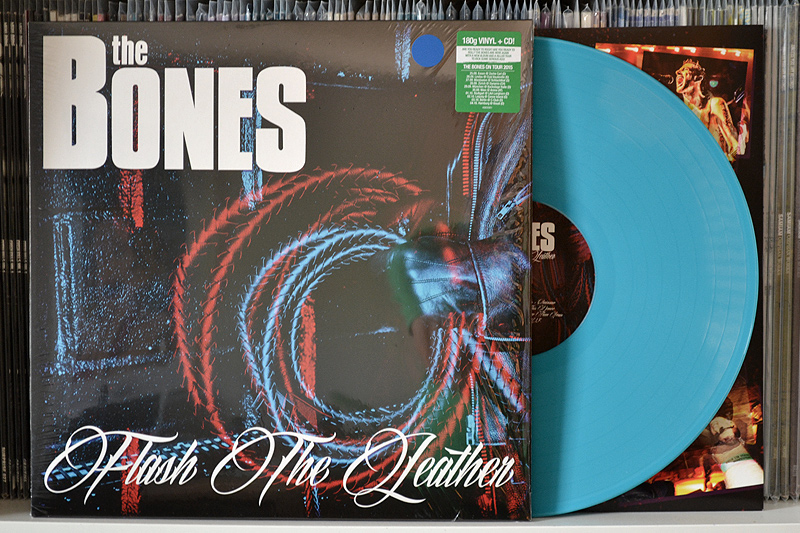 The Bones are back! That’s the good message. But there’s also a bad side to it. Unlike a lot of other comeback albums of various bands recently, the Bones were not able to return to the quality and standard of former records. There isn’t a lot of diversity among the songs on the album and so they appear to get quite monotonous and boring after a few listens. Still, they stick to their punk ‘n’ roll roots, the song-writing has worsened though.

The quality of the vinyl itself is gorgeous again – typical People Like You Records standard. It’s pressed on 180g light blue vinyl and comes with a CD of the entire album. The light blue version is limited to 300 copies.

You can check out the lyric video to a song they did in German on that record, which is called ‘Die wilden Jahre‘. Maybe it clicks more for you than it does for me: