The Flatliners: Resuscitation Of The Year – clear, white + black vinyl 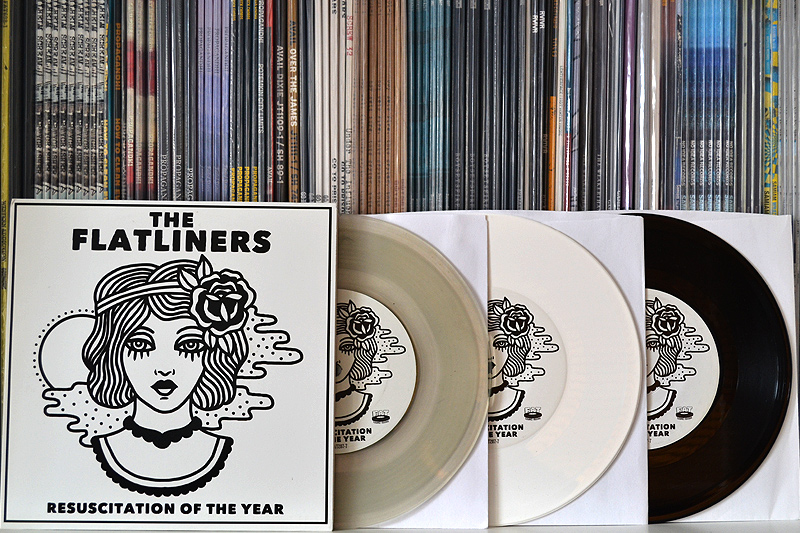 More than a year after the release of their monumental album Dead Language, The Flatliners released their second song from said album. Resuscitation Of The Year is the opener on the album and the A side of the newly released 7’’. The B side, called Fangs, is a track that didn’t make the cut although Chris Creswell said it was a tough choice to leave that one off the album. It’s one of the rougher Flatliners songs. I’m glad it’s not on the album. I somehow feel it wouldn’t have fit, but it makes an awesome 7’’ B side.

The 7’’ was available in two versions from Fat Wreck mailorder – standard black and white, limited to 299 copies. But there is also a tour version on clear vinyl limited to 229 copies that they sold exclusively on their European tour in March/April 2015. Luckily, there are still some good people in this world, and with their help I was able to score one of these exclusive copies.