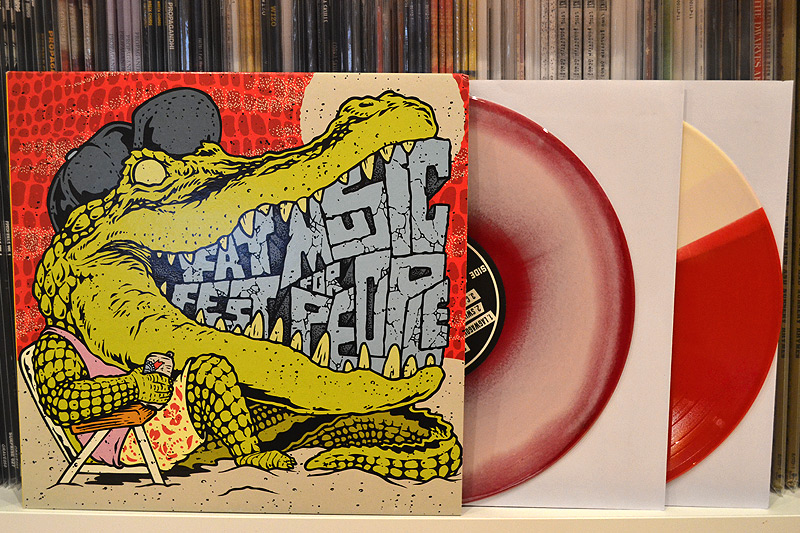 It’s that time of year again!!! This is the fourth incarnation of the Fat Music for Fest People series, especially compiled for the FEST in Florida. Most of the songs have already been released elsewhere, and the ones that haven’t will most likely appear on future FAT releases such as Bad Cop/Bad Cop or Western Addiction.  FAT HQ have chosen some of their favorites from different releases and threw them together on a 10” record, and the same as every year this compilation does not disappoint.

And yet gain, there are a lot of different vinyl versions available, 7 colour combos in total. For me it’s enough to own two or three of these variants. Almost all of them are out of 100 copies, only the black is limited to 50. The ones I got this year are both awesome looking, tri-color (red, white & blue) and pink with purple swirl. Maybe I will succumb to hunting down more. The songs alone are worth that. 😉