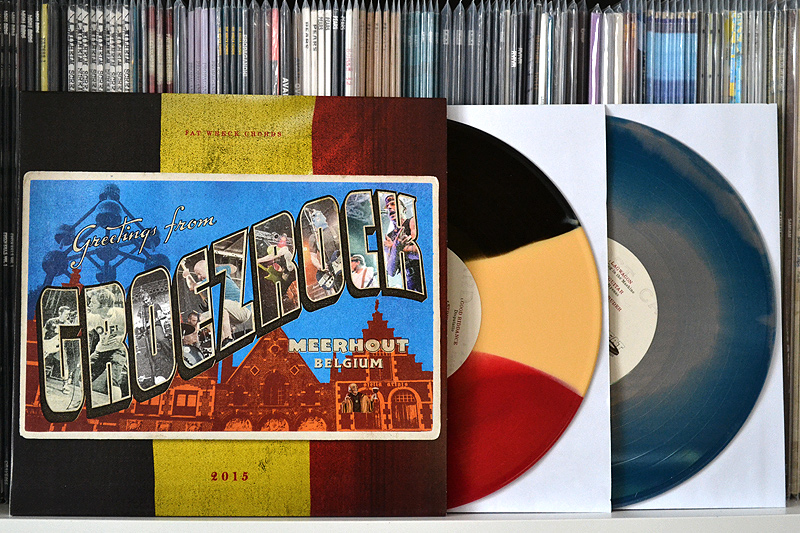 For the first time this year Fat Wreck Chords had a merch booth at Groezrock in Meerhout, Belgium. It somehow has become kind of a tradition that Fat is doing limited vinyl runs of compilations for major festivals (e.g. the Fat Music For Fest People series).

As well as on the festival compilations so far, you can find a song of current and upcoming releases on the Groezrock comp. As there were a lot of comeback albums by huge punk acts this year and late last year, the tracklist of this compilation reads like a Who is Who of punk rock music.

It’s also a tradition for Fat Wreck Chords to press these festival compilations on a bunch of colors. For Groezrock it were five different colors with the most limited being black. The others are mostly Belgium themed colors. Luckily, my good friend Captain went to Groezrock and got the Belgian flag color and Atomium color for me.

When I heard there will be a compilation for Groezrock, I was quite skeptical, but I was wrong! Thankfully, Groezrock got a vinyl treatment from Fat this year.