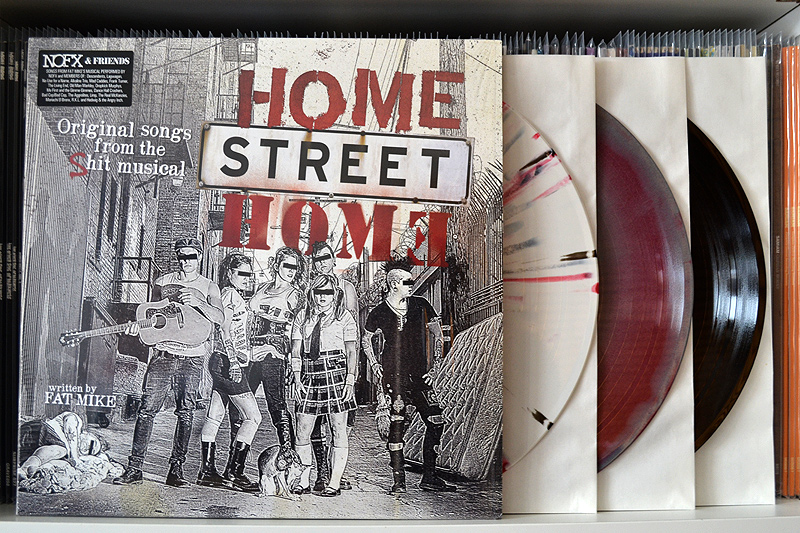 So here’s Fat Mike’s musical in all its glory now. Glory? Yes, G-L-O-R-Y. First of all, it’s not a punk rock record (although the teaser 7’’ let one expect that). No, it’s a musical, and you can hear that. Nevertheless punk rock fans will love this record, I’m sure. Fat Mike’s ability to write good songs is noticable in each and every track. Also, the lyrics add a lot to the big picture of this record. Sometimes they’re quite serious and tragic when talking about abuse whilst being rather funny when it’s about enjoying life no matter in which situation you are.

Here are two examples of what you can expect from that lovely record: