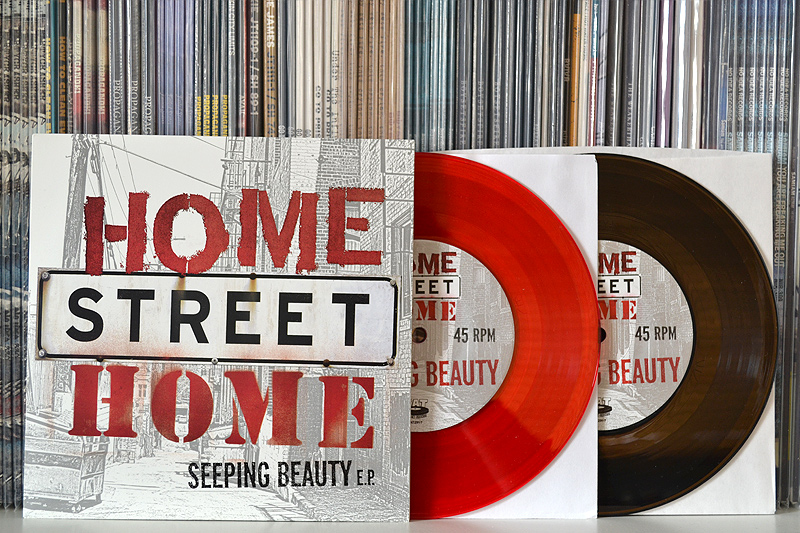 This 7’’ is the first release from Fat Mike’s highly anticipated musical Home Street Home. I don’t know yet what to expect from the whole musical. The 2-track 7’’ sounds as if there will be more punk rock music in that musical than I thought. Personally, I like both tracks, the title track Seeping Beauty a bit more. I also think that the choice of the singers is amazing. While Stacey Dee (Bad Cop/Bad Cop) sings the female voice in the title track Seeping Beauty, it’s John Carey of Old Man Markley, who sings extensive parts on the B side track Safe Words. Anyway, it’s a good teaser for the full length that will be released on vinyl in two months.

According to Fat Wreck Chords this is a limited one time pressing only. There are 528 copies on clear red vinyl and an unknown quantity on black vinyl.