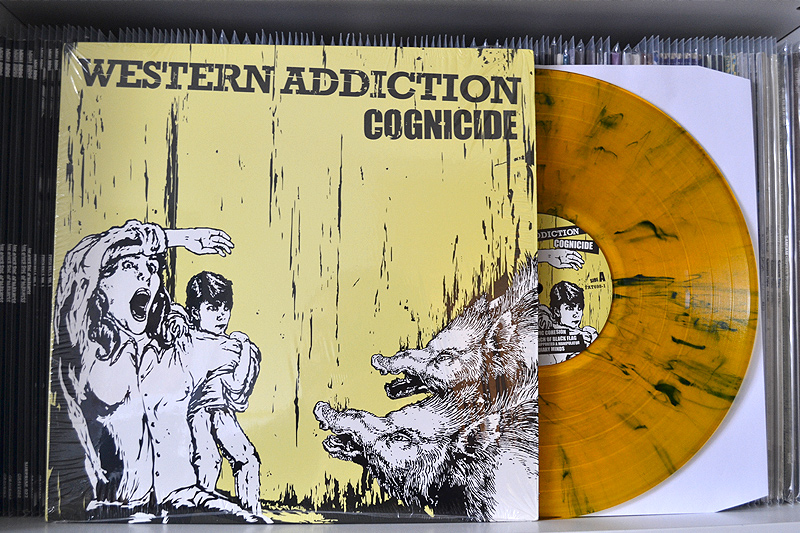 Not only did Fat Wreck Chords give us a new Western Addiction 7’’ to make the wait for a new full length bearable, but also a repress of WA’s classic record Cognicide from 2005.

The vinyl looks absolutely amazing. It comes on some clear yellow vinyl with blue smoke and is part of Fat Wreck Chords’ classic color repress series. Some copies were sold through Fat’s mail order, while others were directly sold on the EU tour in March/April 2015.

Put it on and get in the mood for a hopefully great follow-up ten years later with some classics like Mailer, Meet Jim or Charged Words.