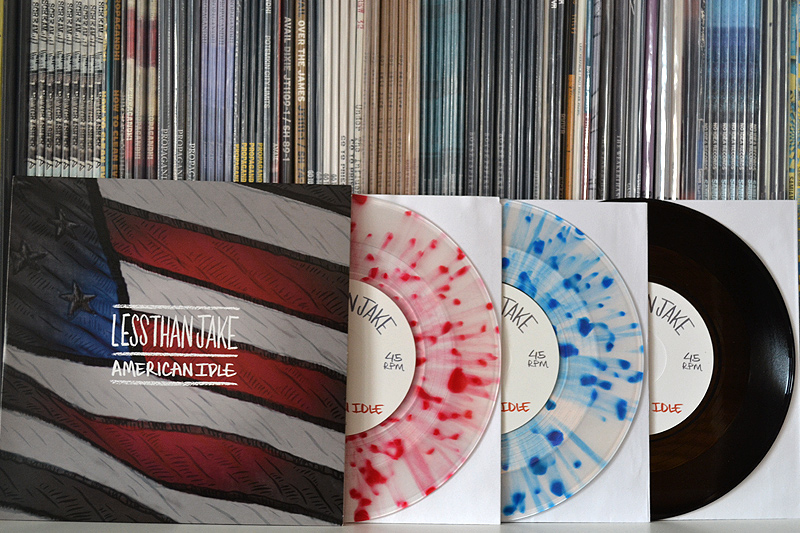 Together with the Dwarves 7’’ I received the new Less Than Jake single called American Idle. The title track is taken from their latest album See The Light released on Fat Wreck Chords last year. The B side is a yet unreleased track called Late Night Petroleum which reflects Less Than Jake’s musical ability quite well.

The colored versions are all pressed on clear vinyl with either red or blue splatter to fit the colors of the American flag on the front cover. The blue version is limited to 350 copies, the red one to 250 copies. The black and the blue-splattered vinyl came directly from Fat Wreck Chords while the red-splattered vinyl was only available at the LTJ online store together with a 45 adapter or in a bundle with the adapter and a T-shirt.

Less Than Jake have also announced that a fourth version has already been pressed which will go on sale later as it is some kind of a special version. We will see what happens.