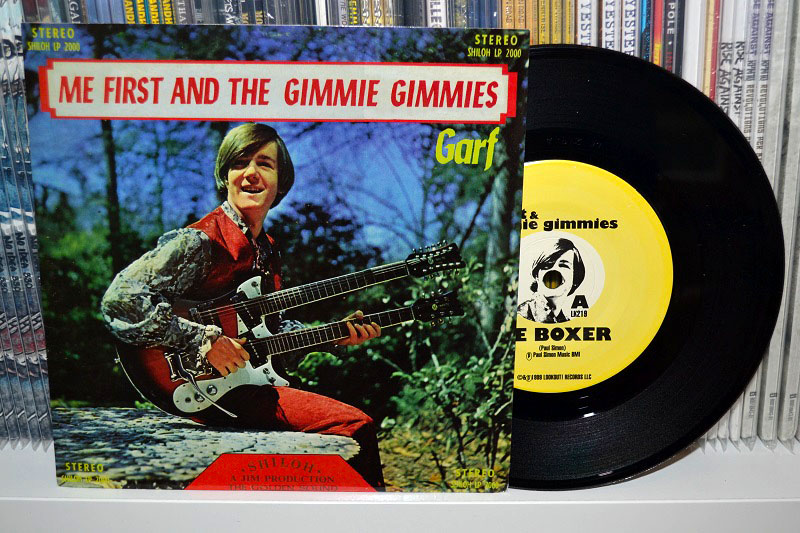 In the same package I received Garf, another 7” by Me First And The Gimme Gimmes, released on Lookout! Records in 1999. For this 7” they chose to cover The Boxer and I Am A Rock. Both tracks are killer cover songs by the Gimmes featured on their first full-length Have A Ball on Fat Wreck Chords and on the unearthed A-sides album Have Another Ball.

Although the record was only pressed on black vinyl there are three different versions out there. Funnily Lookout! Records misspelled the name of the band, which made them the Gimmie Gimmies instead of the Gimme Gimmes. After the mistake had been recognized, the record label had new sleeves printed with the correct spelling on the front and back cover. The photo on the new cover turned out to be a bit sharper and brighter. All  the records from the first pressing had the misspelled band name on the labels, so they ended up both in the correct as well as incorrect sleeves.

Naturally Lookout printed new labels for the next pressing batch.  Finally the record had the correct sleeve and the correct labels. 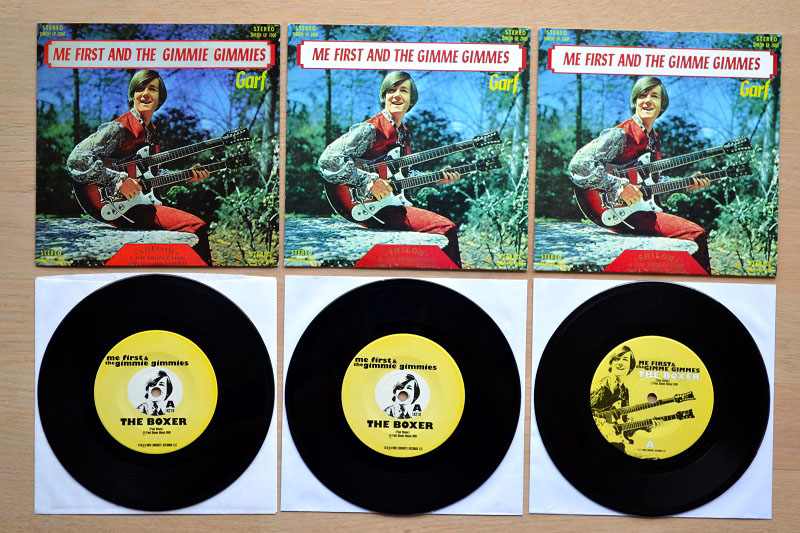