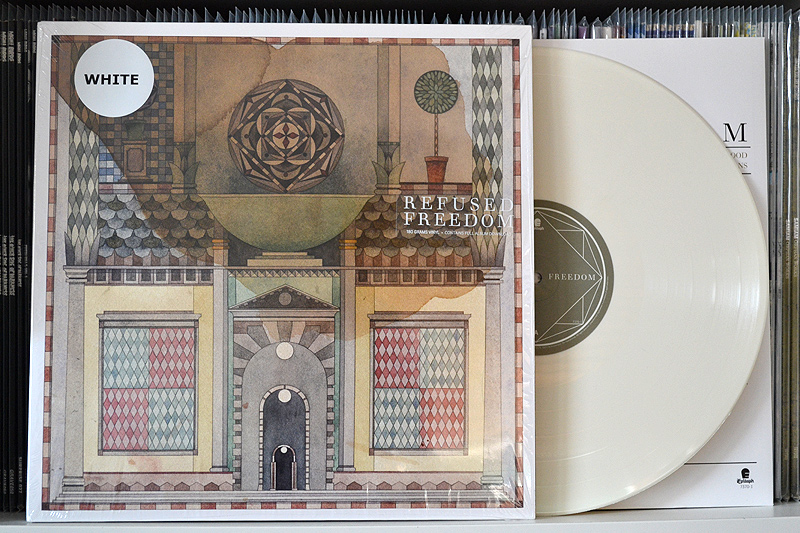 Here it is, Refused’s first release since one of the most influential (hardcore) albums of all time, the monumental 1998 album ‘The Shape Of Punk To Come‘. But what can you expect from a band that released their last album 17 years ago? A great record, perhaps? Yes, but 17 years? So is it nothing or simply not much? Some people were even afraid that Refused would only try to replicate ‘The Shape Of Punk To Come‘.

Well actually the outcome is different to say the least. And that is a good thing. It is quite satisfying, as Refused didn’t do any of the above. On Freedom, Refused aim to reinvent themselves and it is evident that they also develop their sound further. Songs like ‘Elektra’, ‘366‘ or ‘Francafrique‘ are highlights amongst others. A good return to form.

Epitaph Records pressed the record on a lot of different colors. The Epitaph Europe pressings are on 180 gram vinyl as usual, hence I decided to go with the white 180g version that was exclusively available in Sweden and 100 copies at Green Hell Records (Germany). The white version is limited to 500 copies. There is also a download card included.

You can listen to the song ‘Elektra‘ here: