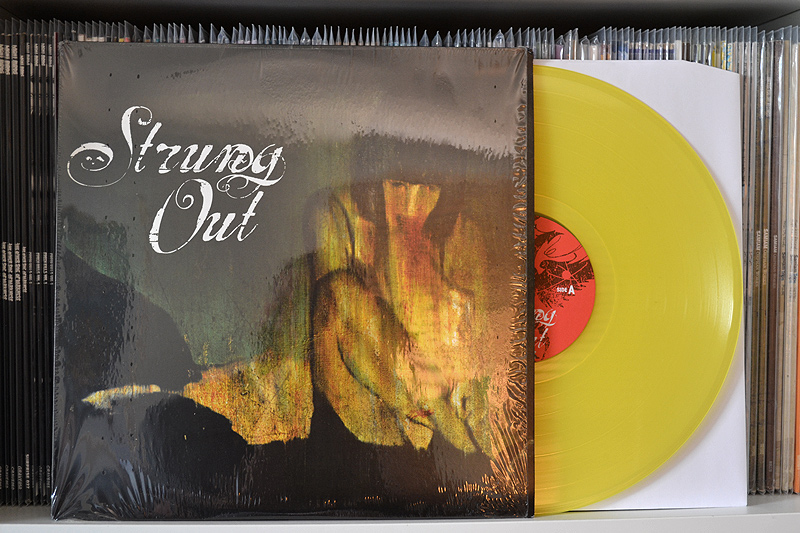 ‘Exile In Oblivion‘ was released in 2004 on Fat Wreck Chords. It marks Strung Out’s 6th studio album, and until now it’s been one of the most popular releases. Songs like ‘Swan Dive‘ or ‘Analog‘ are still fan favorites at every show. In my opinion it’s a solid release, but not Strung Out’s best work up to that point. I have always been a fan of the first two studio albums and the direct predecessor ‘American Paradox‘.

That being said, I’m still happy to have finally scored a copy of ‘Exile In Oblivion‘ on translucent yellow vinyl although it set me back quite a bit. It’s limited to 220 copies only and therefore it’s a very sought-after record, hence prices are quite high. This copy is in perfect condition, it even looks as if it has never been played before. To all of you who are also looking for a yellow Exile, I wish you the best of luck. It looks absolutely amazing! Maybe one of the most beautiful colored Fat Wrecks ever.