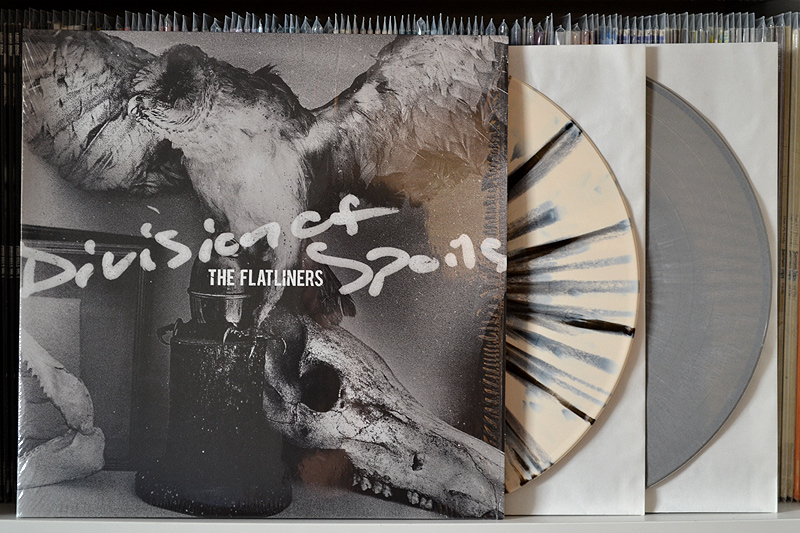 What a band! After having released some 7’’s, but only four full albums, there is already a Flatliners collection of B-Sides, compilation tracks or yet unreleased tracks from various recording sessions. Unusually, this collection of random songs is better than a lot of regular albums by other bands. Some of the outtakes are even better than songs they’ve put on their albums! One of these songs is ‘Daggers‘ (one of my personal top 5 Flatliners songs ever!). Quite often great songs don’t make an album cut, because they don’t fit either lengthwise or conceptually. So, of course, ‘Division Of Spoils‘ doesn’t follow a concept and the songs do not always flow well in their order, but if you listen to each song on its own, there are a lot of killer tracks on that album.

The record comes on bone colored vinyl with black splatter for sides A/B and on grey vinyl w/ faint white splatter for sides C/D. It’s packaged in a gatefold sleeve. I find particularly interesting that there are two lyric sheets with information during which session the songs were recorded and how they were previously released (if at all).

This record helps bridging the waiting time for their next studio album. One thing is already certain, they won’t disappoint.