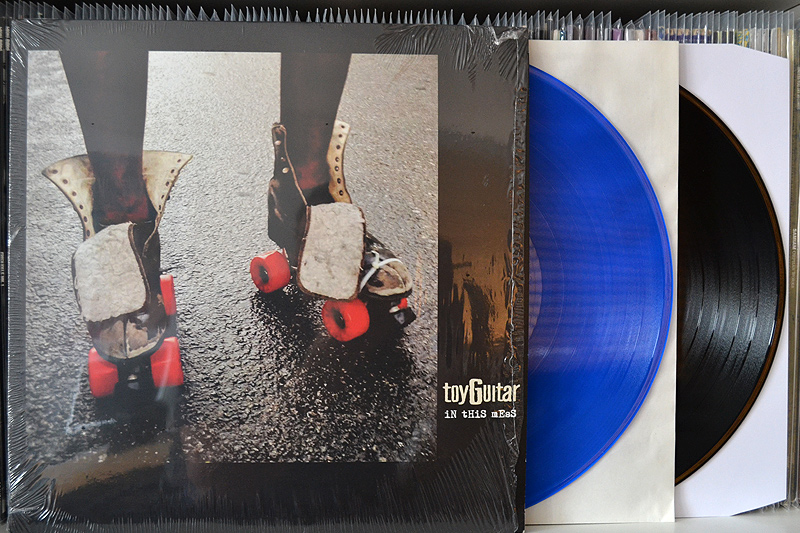 Jack Dalrymple seems to be present in almost every Fat band. At least he has been an important person/songwriter in a lot of well-known bands like One Man Army, Dead To Me, Swingin’ Utters and now toyGuitar. After the self-titled EP released on Adeline Records, a large crowd of people (including me) has been looking forward to the upcoming full length. Unfortunately, it can’t fulfill all the expectations. The first few songs are really great, not exactly what I expected, but very good songs. But after listening to five or six songs it suddenly starts to get boring. Personally, I think that a distorted voice works well in two or three songs, but not over a complete record. What started out absolutely fantastic, is in the end nothing more than mediocre to me.

What I totally like is the good-looking clear blue vinyl the album is pressed on. Of course, there is also the standard black version which fits the cover artwork really well.

Here’s the first (and for me the best) song of the album Human Hyenas: