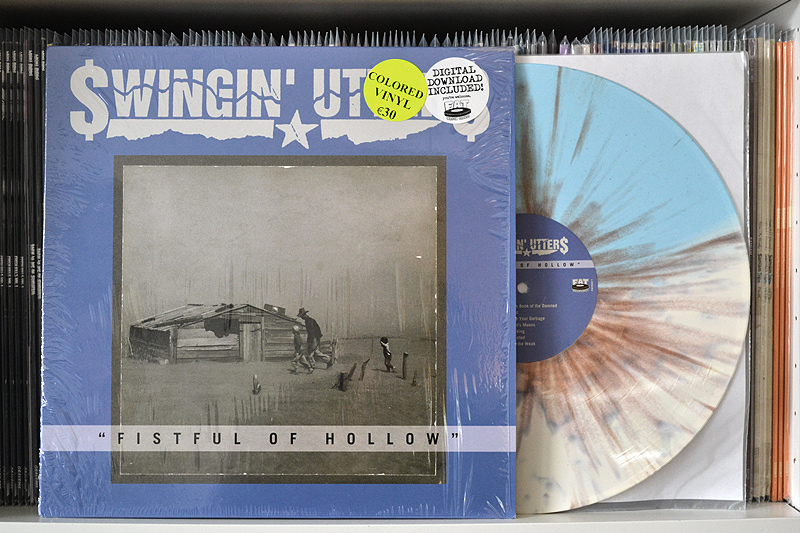 I guess musically enough’s been said about this release already. If you’re still interested in it, go here.

The interesting thing about this special record is the color, the number of copies that exist and how I got it. Fat’s mail order color was a light blue vinyl with white swirl. For this edition they took the same colors put them together half and half this time and added some brown splatter, which makes up for a gorgeous combination. There were only 104 copies of this record in existence. It was intended to be another one of Fat Wreck Chords’ store exclusive records, but somehow the pressing plant mixed up the center labels and put the regular labels on the vinyl instead of the Fat Store labels.

So, officially it’s not a Fat Store edition now, although it will most likely be sold at the Fat Store. I got my copy from Groezrock where only a handful of copies were initially sold at the Fat merch booth. Again, my friend Captain was kind enough to help me out and get this rare gem for my collection (I owe you, buddy!)